Even some of the most experienced bodybuilders out there, who have been using SARMs (Selective Androgen Receptor Modulators) for years, have often not heard of cabergoline. So what I want to do here is talk to you about the benefits, and pitfalls, of using cabergoline for bodybuilding.

A lot of the cabergoline reviews out there just rave about it. Now I’ll tell you it’s everything you need both as a PCT supplement (usually a Selective Estrogen Receptor Modulator), and a dopamine spiking motivational pill, just like any other review out there.

So What On Earth Is Cabergoline Anyway?

Cabergoline often sold under the brand Dostinex and also known as “caber” was actually created in order to help with fertility problems mainly. A secondary purpose was to help with menstrual cycle irregularities.

Cabergoline is a dopaminergic medicine that can also help with disorders created by high prolactin levels. This includes Parkinson’s disease, amongst others.

But it’s also a dopamine receptor agonist. That means it helps to spike dopamine production. That can be brilliant for motivation in the gym, and one of the key reasons why taking cabergoline for bodybuilding benefits can be noticeable both on cycle, and post cycle.

It works by preventing the production of prolactin. Prolactin is key to a number of processes in the body, especially the female body. Generally, reducing its production can have several benefits.

Because it minimizes the production of prolactin, it helps to suppress the worst side effects of testosterone spiking substances like SARMs, making it a good PCT supplement, like Nolvadex or Clomid (both Selective Estrogen Receptor Modulators).

But it’s important to state that cabergoline is not a SERM like Nolvadex or Clomid. So what happens is that consuming cabergoline instructs the pituitary gland to not make as much of the hormone prolactin. This increases dopamine production.

Dopamine is crucial to performance down the gym because it’s our main reward and risk hormone. When it gets released push yourself harder to reach goals and feel better when you achieve them.

But more than that, because cabergoline suppresses prolactin, it allows for the greater production of testosterone. Alongside this, you also have the fact that more dopamine production means more physical aggression, which translates into harder workouts and performance, which also leads to testosterone production increases. 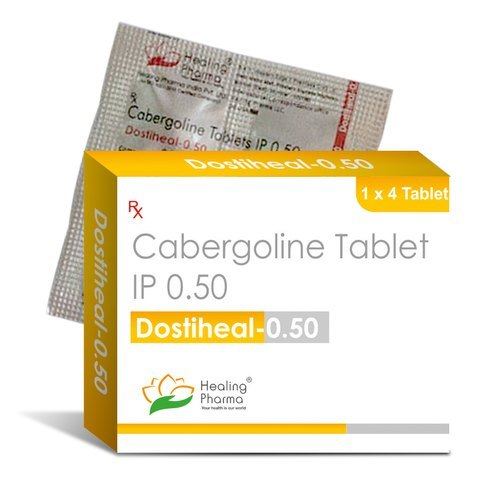 The Effects & Benefits Of Cabergoline For Bodybuilding

Putting all that together, the positive benefits of using cabergoline for your bodybuilding are:

All in all, cabergoline can have positive benefits for bodybuilders both on cycle, and as part of post-cycle therapy. For me, it’s worked wonders over the past couple of years; although I do take it in moderation and advise you to do the same.

Cabergoline Dosage And Half Life Discussion

Now one thing I want to make clear to you guys is that there is no set range of cabergoline doses for you to work within because as you now know, it’s not designed for bodybuilding use at all.

But it is pretty potent stuff. Sometimes it’s prescribed in doses of around 50 mcg, that’s micrograms, not milligrams, so you do have to be very careful with the dosage.

Also, you have to bear in mind that the cabergoline half-life is pretty long, far longer than most other supplements out there, at around three days. That means you only need to dose this a couple of times per week to reap the benefits of dopamine and testosterone level increases.

But what I would say is that it’s not an ideal PCT supplement to take on its own. You’ll increase your testosterone levels, and you’ll raise your dopamine levels.

However, it’s important for me to tell you that its ability to reduce estrogen levels isn’t as powerful as Nolvadex or Clomid. So it’s not ideal to run on its own during PCT.

My advice is to run 50 mcg twice per week alongside your normal dose of Nolvadex. That will allow you to get the testosterone and dopamine boost, and significantly reduce your estrogen levels as well. So that means you’ll need to stack it with a low dose of Nolvadex or Clomid to get the best overall post-cycle therapy benefits.

A lot of guys use it on cycle as well. I seriously wouldn’t be stacking it with SARMs at the level you’d use it between cycles though.

On cycle, I would advise you to run it at the lower 25 mcg level twice per week instead. That way you’re getting the dopamine and testosterone increasing boosts, which will help to make you more aggressive and determined, keep your testosterone levels up towards the end of your cycle, but not unbalance you too much. 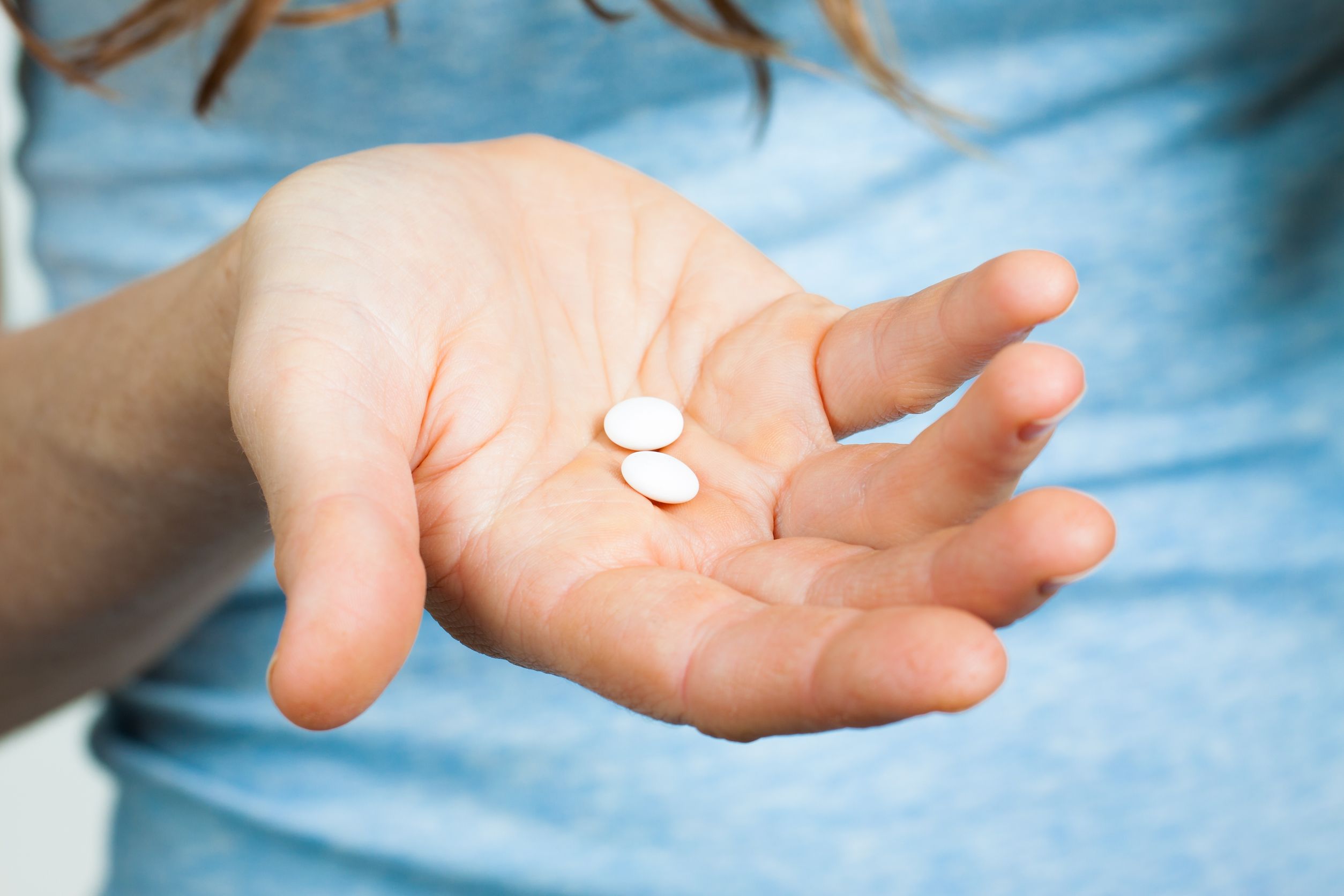 Are There Any Side Effects In Using Cabergoline As Part Of Your Bodybuilding Regime?

Pretty much everything out there has side effects for someone, but having said that, there aren’t a huge amount of cabergoline side effects to worry about.

What I will tell you is that they can be the following side effects using it, and you should be aware of them, even though they aren’t common:

As long as you keep the dose low, 50 mcg or lower, and only run it two or three times per week, then in my experience, you don’t really get any side effects.

Bromocriptine is another dopamine agonist it’s very similar in construction to cabergoline. It was designed primarily to help people with Parkinson’s disease, and also people with non-cancerous pituitary tumors. People are also familiar with it as it’s prescribed in some countries to help with type II diabetes.

Because they work so similarly, there’s not a lot to choose between them. Both are dopamine agonists, and both cause testosterone levels to rise.

In my experience, and also during my research though, it was the threat of side effects that helped me to choose cabergoline over Bromocriptine.

Bromocriptine has been associated with rises in blood pressure, which is obviously not great for most people, and if you already have high blood pressure, it can be dangerous. Self-medicating with this stuff could be disastrous.

It’s also been known to cause dizziness, I assume because of the rise in blood pressure, as well as fits and even kidney problems.

For me, I just don’t see the point in taking the risk with bromocriptine when you can use cabergoline without having to worry about any of those more negative side effects.

Where To Buy Cabergoline That’s Safe And Pure

I want to finish here by talking about the question a lot of guys struggle with when they are thinking of trying bodybuilding supplements: where to buy cabergoline that is reasonably priced and safe to use?

I’m going to level with you guys. Unfortunately, I can’t find a reputable source of Cabergoline right now to recommend to you. I’ve stopped using it several months ago because my own supply dried up.

So this leaves us discussing alternatives. Thankfully, there are a couple to consider.

Cabergoline spikes dopamine and can help to increase testosterone production, making you feel more determined and taking away some of the side effects of lower testosterone levels while also encouraging them to increase.

In terms of alternatives, we are therefore looking at non-androgenic SARMs which can do a similar job.

Chemyo sells really high-quality Cardarine (GW-5015160. It can’t help recover testosterone levels, alongside a PCT supplement it will definitely spite your energy levels and make you feel much more positive. 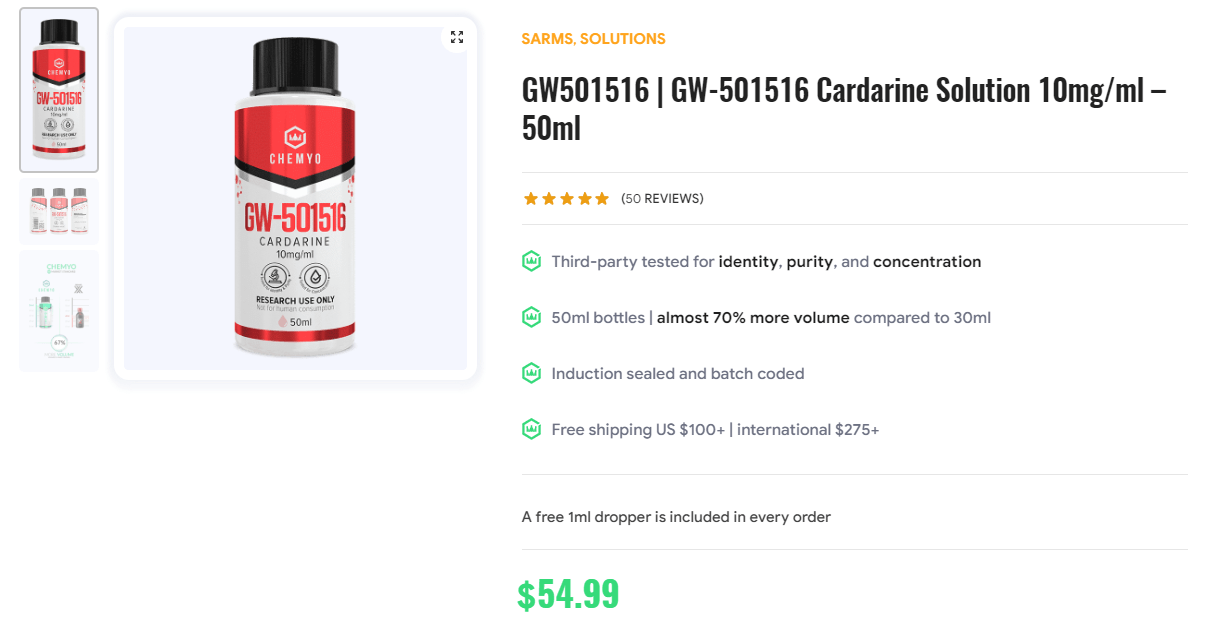 An alternative to SARMs and chemicals is all natural supplements. There are many out there which really do the job, but a company called Brutal Force has produced some really interesting supplements I’ve been experimenting with as the supply of SARMs and other peptide chemicals has dried up recently.

They sell a Cardarine alternative called CARDALEAN. No steroids, no fillers, just high-quality natural ingredients proven to have certain bodybuilding benefits. In this instance, an increase in energy output, and fat burning.

You could also try their SR-9009 Stenabolic alternative called CUTSR9. Again, natural ingredients only, but they really work. This will give you significant energy output improvement, increase your metabolism levels, improve stamina and endurance, and help you to burn fat faster.

Because it’s completely natural, it’s slightly more variable than SARMs or Cabergoline, with the following pros and cons.

In some places, you’re simply not going to be able to get your hands on SARMs and peptides right now. So I’d advise you to try these guys because they are the best alternative I found which can give you output results far above what you can achieve naturally.