Rebirth PCT is described as an “over-the-counter” supplement to help raise testosterone levels after a cycle of SARMs, steroids, or prohormones.

Now although that statement is true, it’s only partially true, and in this review of Rebirth, I want to give you the full facts so that you can make a great decision on whether it’s the post cycle therapy supplement you should be using.

But more than that, I’ll explain exactly when you should use a PCT supplement, and how, because not all SARMs need them, and Rebirth isn’t the solution to every anabolic/androgenic bodybuilding supplement being used.

What Exactly Is PCT & When You Need It?

Let’s kick off here by telling you exactly what Post Cycle Therapy is, and when you actually need it.

Because anabolic supplements mimic the action of testosterone, your body slows its own production. At the end of a cycle, you can find your natural testosterone levels have been significantly depressed, which can lead to a range of significant symptoms:

So if you’re using anything androgenic/anabolic, then you need to be using a PCT supplement at the end of the cycle. If you feel T drop before the end of the cycle, you should be considering starting PCT early, lowering the dose of whether you’re taking it, or even stopping the cycle early.

You will need to use a PCT supplement if you are taking steroids or prohormones. However, at this point, you need to know that rebirth PCT is an all-natural supplement that isn’t strong enough to lift testosterone levels after a cycle of those hormonal bodybuilding supplements. I’ll talk more about that in a moment.

Also, if you’re doing stacks of SARMs, or high doses of individual ones, that are androgenic, such as LGD-4033, RAD-140, S-4, S-23, and YK-11, then you need to use a PCT supplement as your testosterone production levels will be impacted. 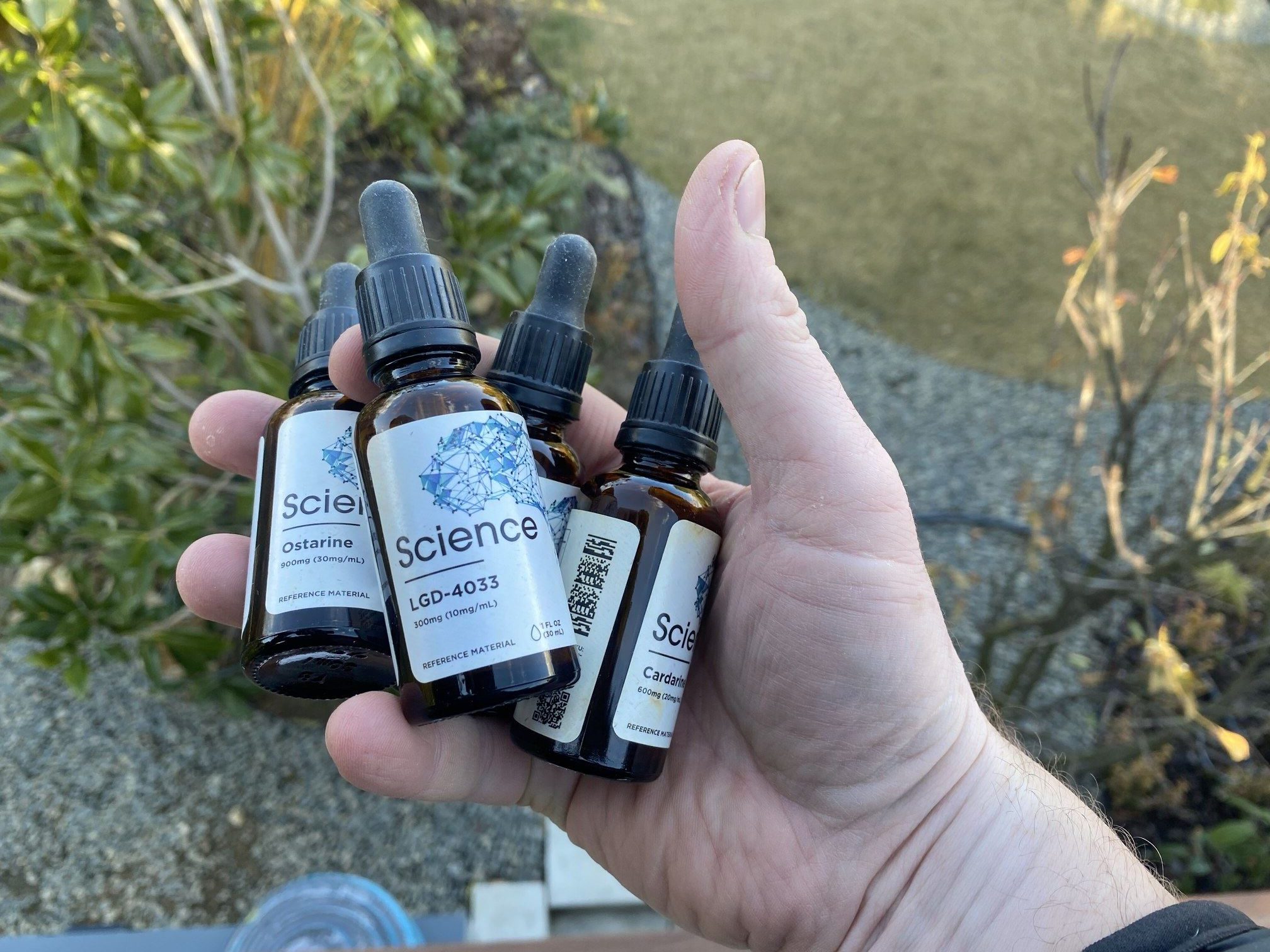 I’ll talk more about the evidence that those ingredients can raise testosterone levels later, but for now, all you need to know is that Rebirth is taken as a daily supplement, and ingredients in it are claimed to help the body restore natural levels of testosterone production, or even higher than natural.

In terms of Rebirth PCT dosage, all you are doing is taking six capsules every morning with plenty of water. A single bottle of Rebirth will last you 30 days; enough for a minor PCT cycle, or half of the more aggressive eight-week cycle you will need to recover more depleted testosterone levels.

Because it’s not androgenic, and only contains natural ingredients, there’s no harm in using it on cycle or stacking it with other natural bodybuilding supplements.

I would be careful about using on cycle though. It’s far better to feel your body properly and to cut back on your dosing, or end your cycle early, rather than try and push on and cause damage that can be long-lasting.

The fact is some of the effects of depressed testosterone can be ongoing, as in, permanent depression of production, and the permanent formation of breast tissue in men. You don’t want either of those things to happen, so it’s always best to be cautious. 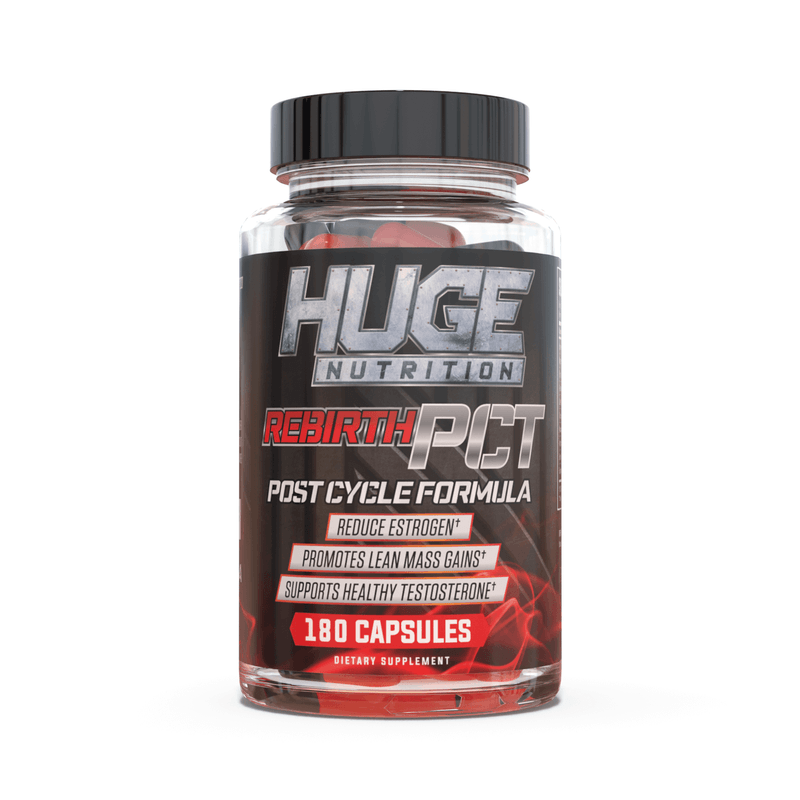 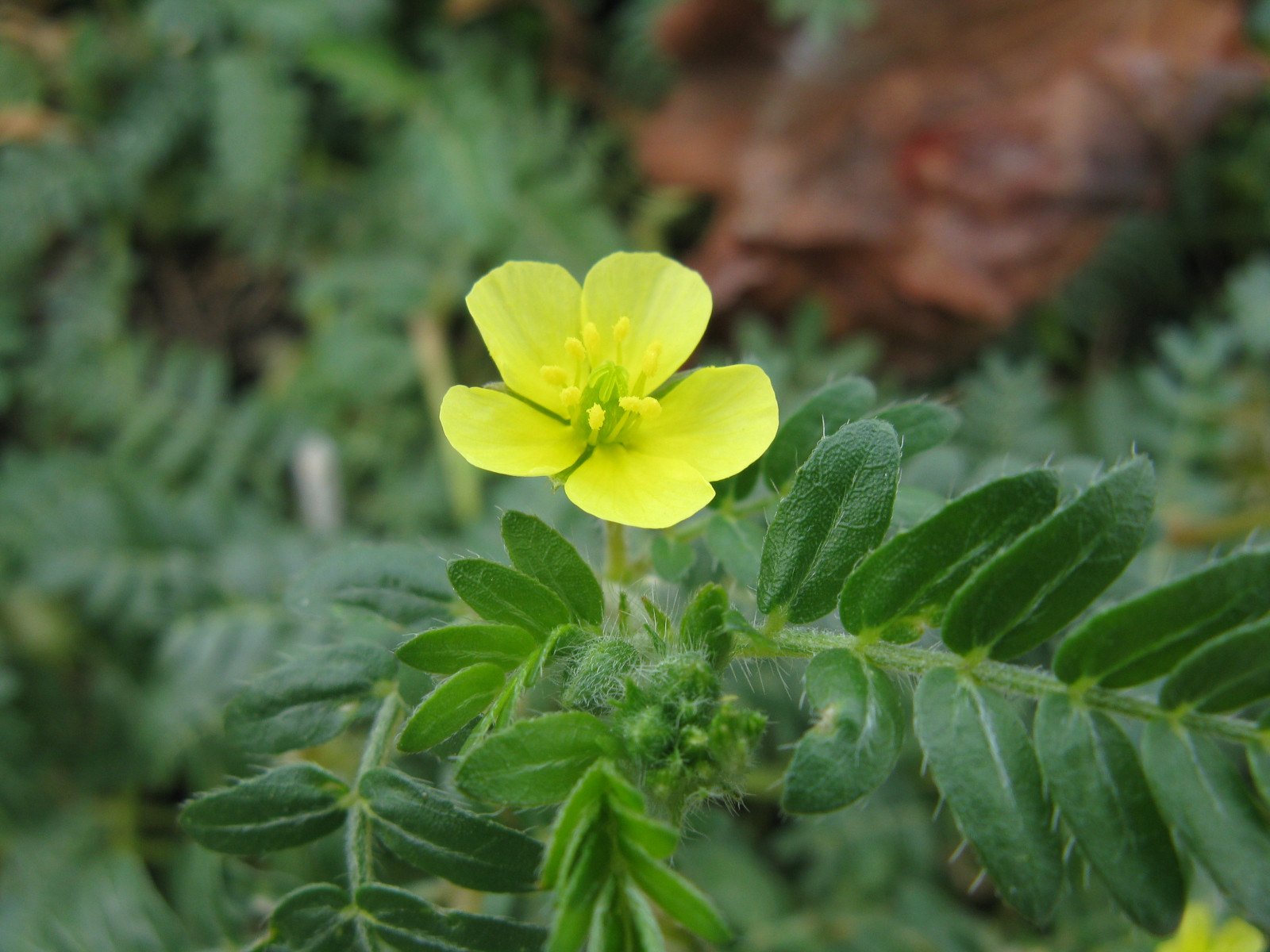 Where Is The Evidence That Rebirth PCT Can Lift Testosterone Levels?

In order to see if Rebirth PCT really can elevate your testosterone levels, and block estrogen, I had to take a look at each of the ingredients individually, to see what the evidence was scientific to support the claims.

1. Armistane is a naturally occurring aromatase inhibitor. That means it lowers the levels of estrogen production in both men and women.

3. Magnesium & zinc are both natural fuels for testosterone production, hence why men who are deficient take supplements that contain both of these.

4. Safed Musli has been linked to many benefits, including being anti-inflammatory which is good for muscle recovery. It’s also been linked to high levels of sperm production and mimics testosterone. It’s been used in ancient medicine for years to cure impotency and depression. It also contains an incredible range of nutrients that can help the bodywork at its peak.

As you can see from my research above, Rebirth PCT does contain several natural ingredients that, when combined, can help to block estrogen production, encourage high levels of testosterone production, lower cortisol levels, and increase vascularity.

Put together, it’s a good all-around supplement for recovery and even making progress.

However, Rebirth PCT is not that potent. Natural ingredients are simply not strong enough to dramatically lift testosterone levels.

You could use it on its own, and then if you need to, if you’re not feeling the signs of testosterone drop easing, stop using it and swap it for something more potent, or supplement it with something slightly more potent.

Nolvadex (generic name Tamoxifen) is more potent than Rebirth PCT. It was designed to help women with estrogen problems, and it’s been proven to act as an aromatase inhibitor more powerfully than any natural ingredient. So the next step after Rebirth is to use Nolvadex instead or supplement Rebirth PCT with it.

If you’re looking for something stronger, then Clomid (generic name Clomiphene sulfate) is the most potent aromatase inhibitor you can get your hands on. If you are getting to the stage are thinking of using Clomid, then Rebirth should be put to the side along with Nolvadex so that you can use Clomid to deal with the damage quickly.

Before I conclude my review, I want to quickly talk about how I used rebirth PCT after a cycle of SARMs. It was not a potent stack, low doses of Ostarine, Cardarine, and Ligandrol. Put together, I wanted to cut fat, and maintain/slightly develop my muscle size and tone.

I did the SARMs cycle for 12 weeks, and then definitely needed PCT. I could feel the symptoms of testosterone drop after about 10 weeks, but not significantly. I used Rebirth PCT for six weeks, and it recovered my testosterone levels on its own. I had Nolvadex to hand though, which is something I would definitely recommend. So for me, Rebirth PCT works fine. 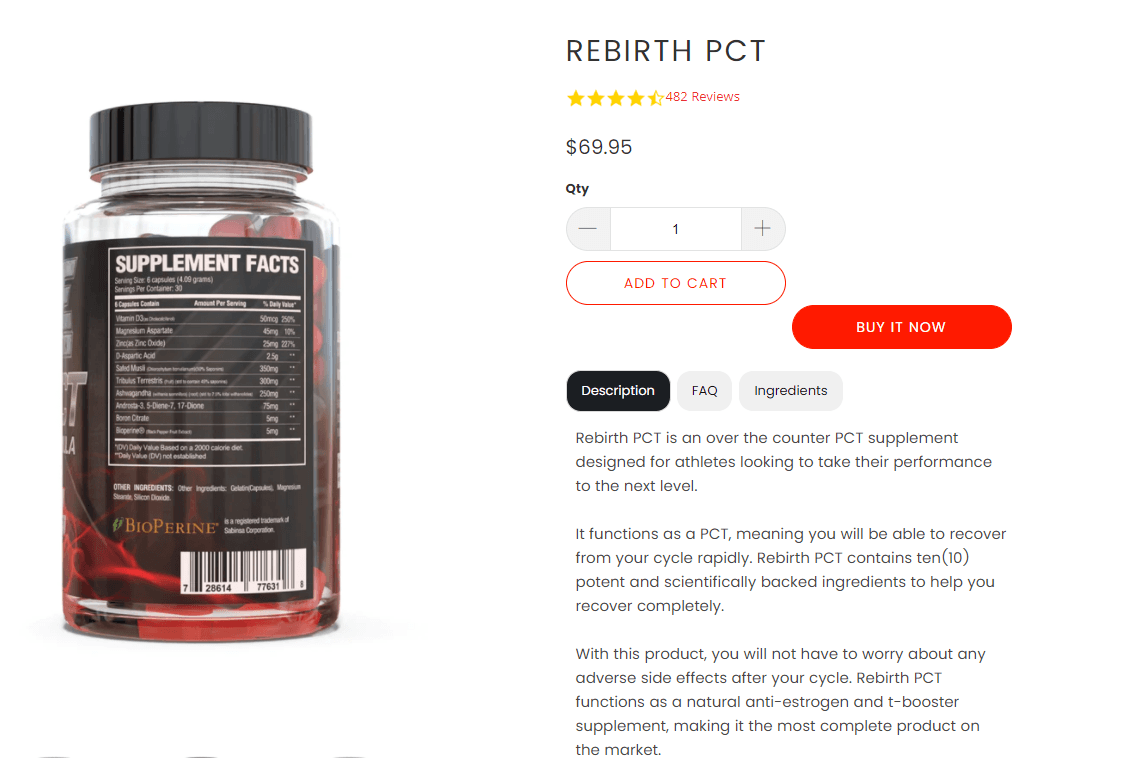 If you’re looking to buy Rebirth PCT, the only place I’d recommend you buy it is from Huge Supplements themselves. Otherwise, you could end up with a fake product. In terms of Nolvadex and Clomid, you can buy the generic forms from Swiss Chems. You’ll get a significant supply of each for your money.

Both the Nolvadex and Clomid available from Swiss Chems are high quality and backed up by analysis reports to show exactly what you are buying.

So to conclude, Rebirth PCT can help with minor testosterone drop, but if you’re looking for something more potent, or you need a Plan B just in case, Nolvadex and possibly Clomid should always be in your cupboard.