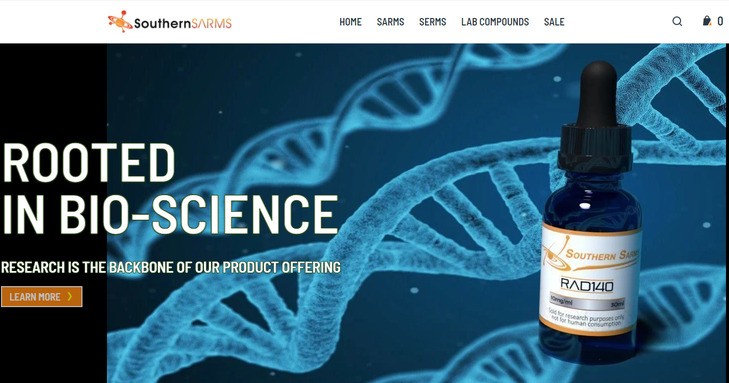 Southern SARMs isn’t a name I had heard about until recently. It’s odd because they’ve been going since 2014. But that says something about the company. I did some research, and I’m now writing a full Southern SARMs review so that you can learn everything you need to know about the legitimacy of this company.

I read a few reviews of Southern SARMs that didn’t mention the prices. They are incredibly low, half the price of any other SARMs seller I’m aware of. That’s very unusual, but what does it mean? Those reviews also said that they couldn’t work out who owned the company, or where it was based. I’ve found out exactly who runs it and where they live, and I’ll share it with you here.

I’ll talk about the product range, and the quality, and answer that key question: are Southern SARMs legit?

Who Is Southern SARMs Run By?

Southern SARMs have been around since 2014. However, they have very little social media presence, and virtually nobody talks about them on knowledgeable forums or sub-Reddits. That’s obviously unusual.

They do. It’s incorporated and run by a husband and wife. They are based in Florida. However, the website address lists of PO Box based in Georgia. That’s suspicious for a start, because either someone else is visiting a physical post office box, or they are forwarding official correspondence from Georgia to Florida. Why would you do that?

This husband-and-wife team doesn’t appear to have an office. My guess is they are stuffing SARMs in boxes from their home in Florida. Also, they have no background in bodybuilding supplements. They are both in their 50s and previously ran three different marketing companies that all folded.

Put all that together, and it’s starting to smell a little suspicious and shady to me.

Let’s Talk About The Southern SARMs Range Of Chemicals

At first glance, the Southern SARMs range is good. A decent range of SARMs, PCT, peptides, and other research chemicals.

This is backed up by big claims. They say the SARMs and other chemicals are made in the USA. They don’t directly say it, but in the help section, they imply that the chemicals are made, and tested for purity on their own premises.

This is where it falls to bits. The FDA is desperate to get rid of SARMs, and the SARMs control act will soon be pushed through Congress.

There is no way on earth that anyone is going to give a license for a private lab that is going to produce unlicensed research chemicals for obvious sale to humans. So the claim they have a lab is patently false. Also, as we have established that the SARMs they sell are posted from a residential address, then what are the chances of them bothering to get a professional lab (or having one) to test the purity?

As they don’t actually publish a single verifiable purity report on the website, then I would say that the chances are pretty much zero.

So a good range on the surface, but we have no idea where they are made, or how the level of purity is established. It’s certainly not published, which makes you think they have something to hide and don’t want to make any real guarantee. 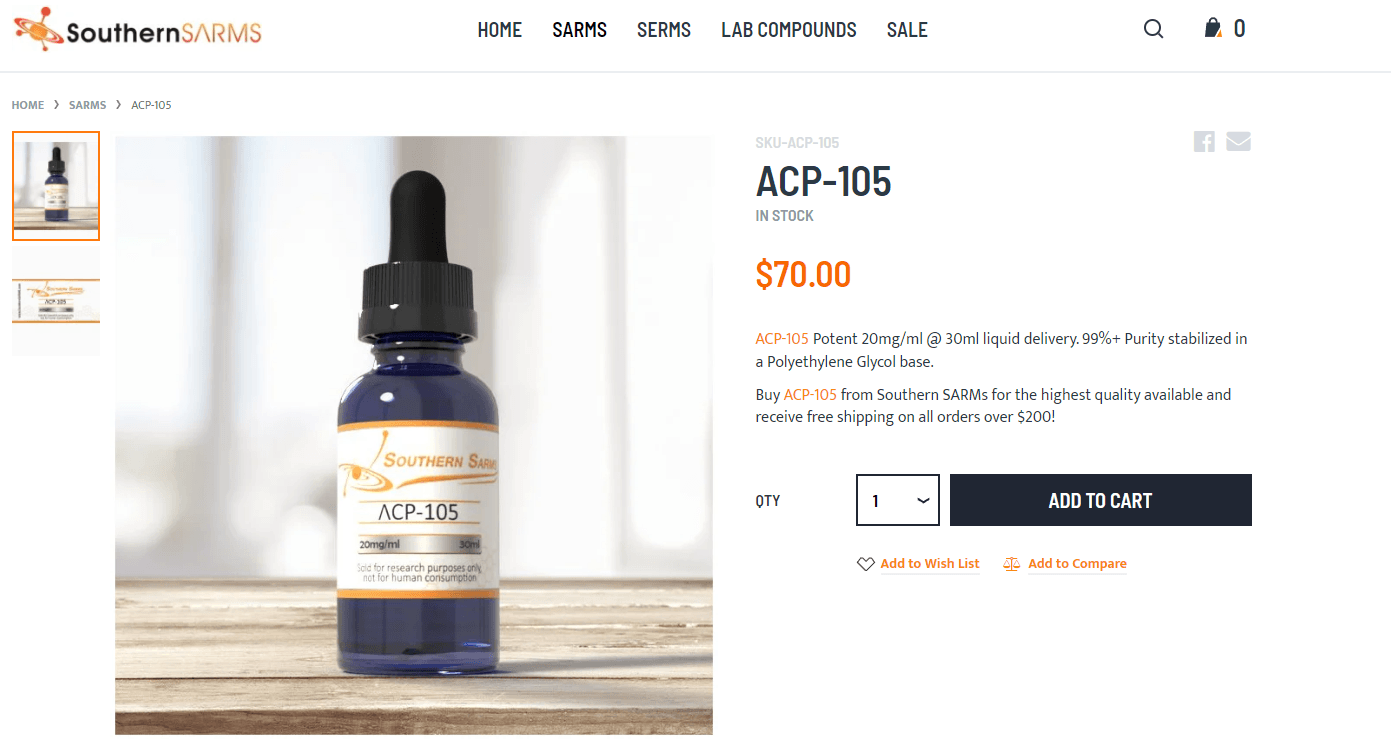 I have seen anecdotal discussions on Reddit that basically say the SARMs they sell don’t do anything at all. It’s only anecdotal, and only a few people, but when there’s so little online buzz about this company anyway, I think they are a very minor player and not many people are using the SARMs.

If people are using the SARMs, they are realizing they aren’t doing anything after the initial order, and they don’t buy from that company again.

Southern SARMs Pricing: How Can It Be True?

Southern SARMs prices are ridiculously low. That’s not an exaggeration, they are crazily low.

A 30 mL dropper bottle of Cardarine, allegedly dosed at 20 mg/mL, with a 99.5% purity, costs just $30. That’s less than half the price of any other SARMs seller I’m aware of in the USA today.

It’s simply unsustainable, and it points to the fact that the SARMs simply cannot be dosed at the level they claim, if at all.

Is Southern SARMs Legit Or Not?

Is Southern SARMs legit? Hell no.

Anonymous, run from a house by people who haven’t got a background in this at all, hiding where they live, no product guarantees, crazy claims on purity, it just doesn’t stack up. Just as a final anecdote, on the FAQ page they claim that Ligandrol isn’t available anymore because it’s been discontinued and replaced by a better upgrade version called RAD-140.

That’s provably false. The reason it’s not available is that Viking, the company that holds the license, have started sending legal letters to companies telling them not to use the name or the formula.

We also know from simple research that they are completely different SARMs developed by different companies at different times. When they can lie through their teeth to their potential customers, then how can you trust the company?

This Is Where I Buy My Liquid SARMs From

So let’s finish this Southern SARMs review by telling you about where you can buy good quality SARMs. Don’t look for a Southern SARMs coupon code to lower the risk and then make an order, I promise you it’s just going to be basically sterile water that you are buying.

Swiss Chems is the company I buy high-quality SARMs capsules from.

Swiss Chems sell a good range of SARMs with verified purity. Prices are good, only slightly higher than liquid. That gives you convenience and accurate dosing at only a small premium.

They also sell PCT supplements in capsule form as well. They are a one-stop shop for great quality SARMs at good prices.

On the downside, they don’t have credit card processing. But if you are in the USA, you can pay through bitcoin in minutes. Simply download cash.app, buy bitcoin in that, and then check out at Swiss Chems.