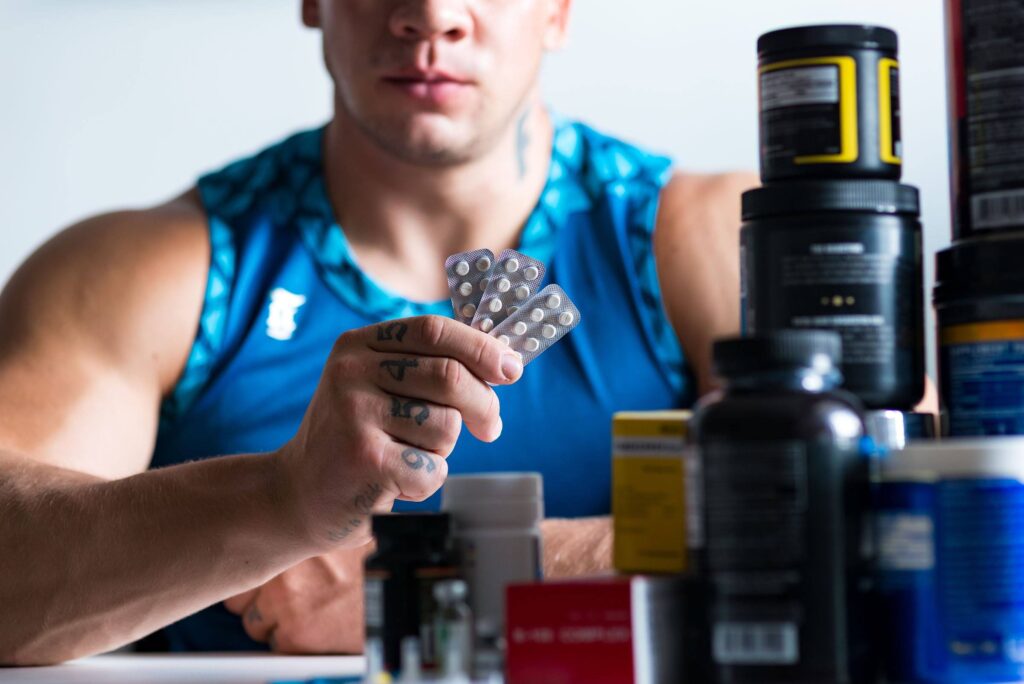 But I’ve seen guys struggle like hell because they don’t understand post cycle therapy, and why it’s so important. Or, they just plain ignore it.

SARMs can be fantastic, but if you don’t understand which ones are androgenic (and which ones aren’t), then you will be caught out eventually with one hell of a testosterone drop hangover that can cause long-term problems.

So what I’m going to do here is talk you through everything you need to know about PCT from my own experiences. Basically, I’ll talk you through the best PCT for SARMs in terms of the supplements and the process to follow to use Nolvadex and others effectively.

As well as being a complete post-cycle therapy guide, I’ll also talk you through where to buy some natural PCT alternatives as well.

PCT Supplements Explained & How To Spot The Signs Of Testosterone Suppression

Post-cycle therapy simply means stopping taking SARMs for a few weeks until your testosterone levels bounce back, and using another supplement to encourage this. Some SARMs (not all of them, as I will explain later) affect natural testosterone production. But some do.

What happens is because your body is fooled into thinking it has lots of testosterone, it starts to decrease its production to reach equilibrium.

So even though your body is reacting as if it’s got more testosterone, as the cycle of SARMs progresses, you’ll start to feel the symptoms (and even observe the symptoms) of your body suffering from testosterone depletion.

At the end of your SARMs cycle, or when the signals get strong, you stop the cycle of SARMs in goes to post-cycle therapy. That’s where you will take a SERM (Selective Estrogen Receptor Modulator) substance, or an aromatase inhibitor (such as Letrozole) to help the body bounces testosterone levels back by inhibiting the conversion of testosterone to estrogen.

These are the key signs of depressed testosterone production:

Another problem is gyno. That’s the one it can creep up on you pretty fast. I knew someone who managed to develop it in just a couple of weeks without realizing it.

It’s when excess breast tissue grows in males. It happens because an increase in estrogen levels encourages breast tissue growth. Sometimes, if you aren’t observant, or you have body fat on your pecs, then the spongy excess tissue around the nipples can have grown before you realize it. 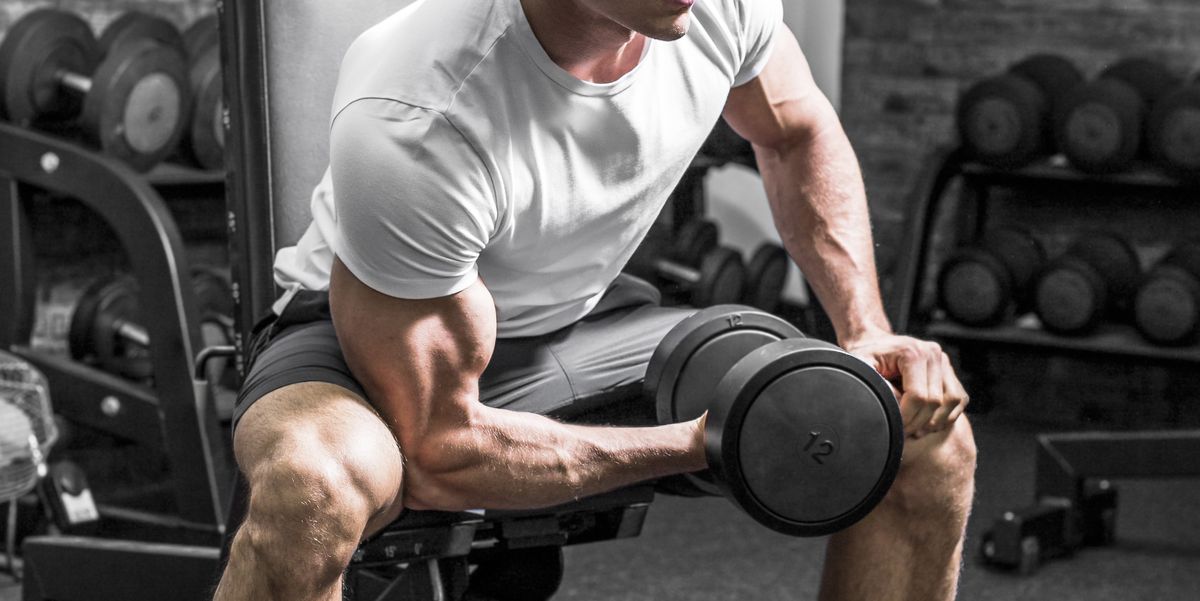 Here’s the thing that I only learned through my own research. Not all the research chemicals sold as SARMs are actually SARMs at all. They are just grouped together on websites for convenience and marketing.

SARMs are specifically chemicals that produce androgenic/anabolic effects in the body by mimicking higher levels of testosterone. They bind with high affinity to androgen receptors in muscle and bone tissue to fool those receptors into thinking there’s tons of testosterone sending messages and building more muscle (plus showing other signs of high testosterone).

But not all SARMs work on the androgen receptor at all. Others have completely different methods of action. Here are the SARMs which aren’t SARMs at all:

This means you could stack all those “SARMs” together and not have to do PCT at all.

Also, stacking one or more of those with a single androgenic SARM means that your testosterone drop will be very small unless you take a significant dose of it.

Some people use SARMs during PCT. As you’ve now seen, there are four main types of SARMs that aren’t androgenic at all, and there’s no reason why you can’t take them during PCT.

Many people keep taking Cardarine post cycle. Or even start it if they haven’t been. The same applies to Stenabolic.

The reason is that they produce a significant increase in energy output. Because they don’t affect the androgen receptor, they not only help you to burn more calories and have more energy, but this energy increase helps to offset some of the tiredness and lethargy that lower testosterone levels bring.

Ostarine is another one that people use.  It is a SARM, despite what some people will tell you. But it’s very mild and you’d have to take 50 mg or more to start depleting testosterone.

Because it can help you to cut fat, increase energy levels, and protect lean muscle mass in a calorie deficit, it’s also perfect for using during PCT to protect your gains and allow you to start gently cutting.

Now we’ve discussed the SARMs that require PCT, and the problems if you don’t take it seriously, let’s look at the top three most popular and best PCT supplements to consider.

I’ll keep it as simple as possible because there is a choice to make here. However, they are all exactly the same in that they will reduce estrogen levels and allow testosterone levels to elevate faster.

I do want to just point out here, as many guys don’t realize this, that PCT supplements aren’t designed for bodybuilders at all. SERMs are designed to help women with breast cancer, osteoporosis, and other conditions that can be made worse by high levels of estrogen.

Generic Nolvadex, mostly sold under the chemical name Tamoxifen, is the most popular and widely used SERM as a PCT supplement.

It’s quite mild in its effects, which is why it’s good for low to moderate testosterone drop.

Therefore, it’s important to note that Nolvadex, like the other two PCT supplements I’m going to discuss here, does not block the production of estrogen. Aromatase inhibitors, the best known of which from a PCT point of view is Letrozole, stop various hormones from being converted into estrogen by the enzyme called aromatase.

Aromatase inhibitors are better for stopping gyno. But for general PCT, to bounce back your testosterone levels quickly, they are not as quick and effective, which is why I’m not recommending them here.

At a dose of around 40 mg for two weeks, and then 20 mg for another two weeks, most guys will see that testosterone boost back up to normal levels. Certainly, that’s what I’ve found using Nolvadex PCT over many cycles. 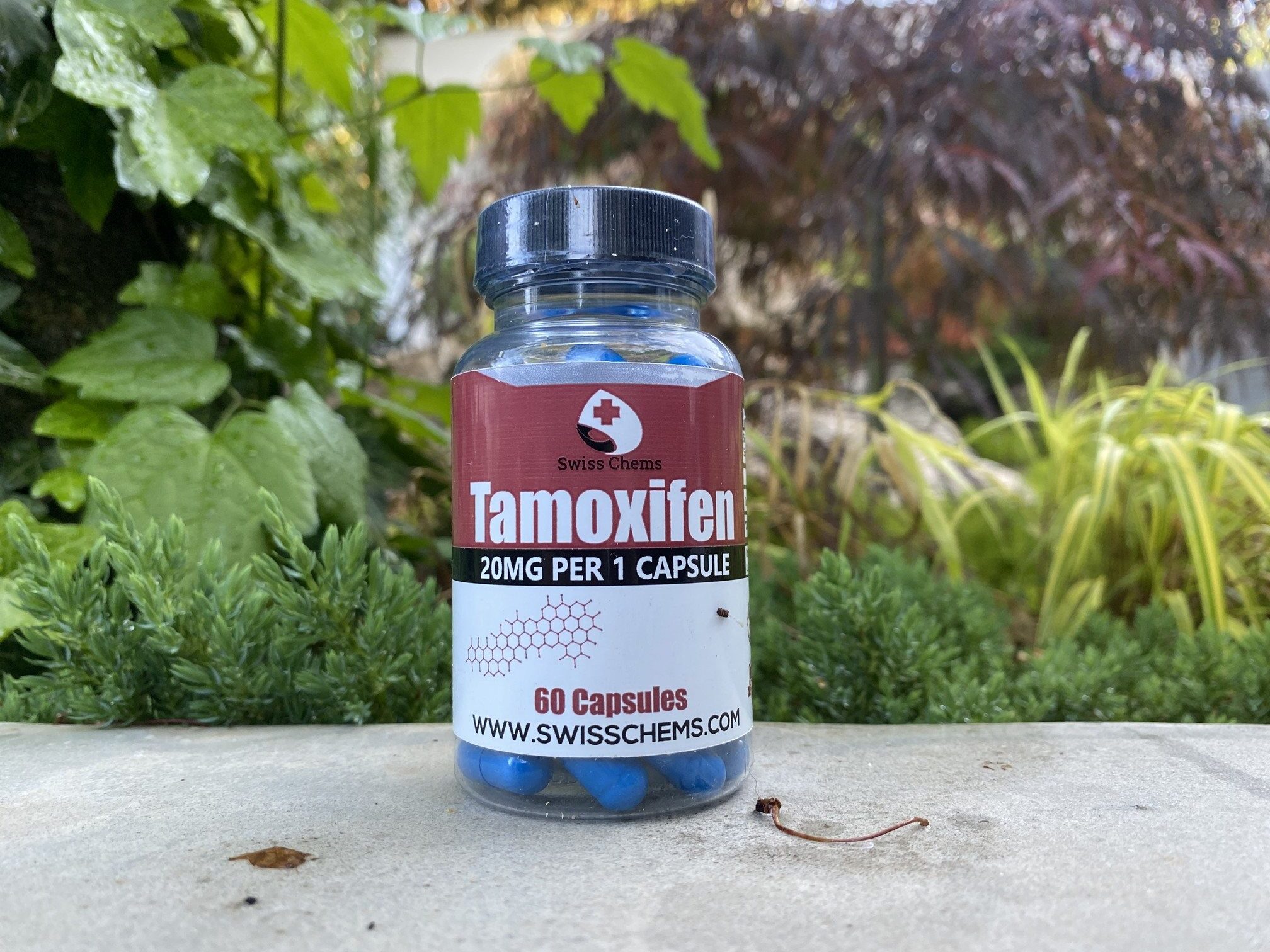 Although also a SERM, Clomid works in a slightly different way to Nolvadex. It doesn’t competitively block the estrogen receptor in the pituitary gland. Instead, clomiphene stimulates far higher production levels of FSH and LSH.  It does this far more aggressively than Nolvadex, which just unlocks natural production levels.

Therefore, Clomid overwhelms the estrogen by introducing higher levels of androgens, whereas Nolvadex blocks its production in the key pituitary gland. This difference is crucial because it means that Clomid is far stronger. It can have more side effects and isn’t as friendly to use.

You should therefore use Clomid if you don’t think Nolvadex is going to be strong enough to cope with the SARMs you are taking, or you just feel really badly suppressed.

In terms of dosage, you’re looking at around 50 mg for two weeks, followed by 25 mg for another two weeks.

Last up is raloxifene. It’s a second-generation SERM, which means it’s more advanced in how it works. It works both as an estrogen agonist and antagonist, depending on the location. It binds to the estrogen receptors and either activates or blocks the pathways.

In breast tissue it has anti-estrogenic effects, making it good for dealing with mild gyno. On top of that, it also stimulates higher levels of LH and FSH. So raloxifene is a good all-rounder. The problem is that it’s quite mild though. Milder than Nolvadex.

If you have really mild testosterone drop, and you want to make sure you don’t get gyno, you can use it. But it is the weakest compared to Nolvadex pct and then Clomid.

Let’s say you have done a SARMs cycle. Like me recently, a bulking stack.

You’ve used RAD-140, MK-677, and GW501516. It’s delivered a huge increase in hard muscle mass, size, appetite, energy levels, and fat burning. But the RAD-140 at high doses is going to significantly deplete your testosterone levels in just a few weeks. Often by 40% or more in just six weeks.

Here’s what I do:

Natural PCT Supplement (Alternative That Can Be Used Alongside)

In terms of natural PCT supplements, there are many out there that can genuinely increase levels of testosterone and potentially suppress estrogen production.

However, there are a few natural substances out there that are capable of doing this. D-Aspartic acid can boost testosterone levels, while Diindolylmethane is a natural estrogen blocker. Both of these are found in a natural PCT supplement called Rebirth PCT from Huge Supplements.

Not as strong as Raloxifene, this is not going to be suitable if you have a significant testosterone drop.

However, it’s completely natural with no side effects at all. And if you have only mild testosterone drop, say you have just used one androgenic SARM at a low dose, then it could really work for you as an easy option. To read my Rebirth review click here, to buy visit Huge Supplement.

When researching natural PCT supplements you may come across something called “Supernatural Post Cycle Therapy”.

It’s a completely natural supplement, that is well packaged and well priced. A bit like Rebirth PCT in fact. However, when I researched potentially using this, what struck me was that the ingredients in this were completely different. The two supplements I was looking at didn’t share a single ingredient.

Upon researching, I found that there just wasn’t enough evidence for the contents, and where there were the doses weren’t large enough to really make a difference in the body.

So, between Rebirth PCT and “Super Natural” I really cannot recommend the latter to you. If you want to go natural, you’re better off sticking with Rebirth PCT which contains two ingredients at high doses are definitely act to naturally boost testosterone and inhibit estrogen production.

I’ve done PCT enough times to know that it’s vital. The guys down the gym who looked exhausted for weeks on end at the end of a cycle aren’t just tired from pushing hard. They are probably suffering from a testosterone drop.

Look, it’s scientifically proven that some of the SARMs in use can drop your testosterone levels by half in just a few weeks.

Don’t believe me? This study found that RAD-140 Testolone did exactly that. It’s exactly the same with the study out there about Ligandrol.

So look, PCT is vital. If you are using any of the androgenic SARMs then you need to plan to have a break. That break should be at least four weeks, but ideally eight weeks or more to really make sure you are back on track.

Also, do not continue SARMs cycle if you are feeling incredibly suppressed. Especially if you are using is supplements that should bounce you like Cardarine. Stop the cycle and start the PCT early. 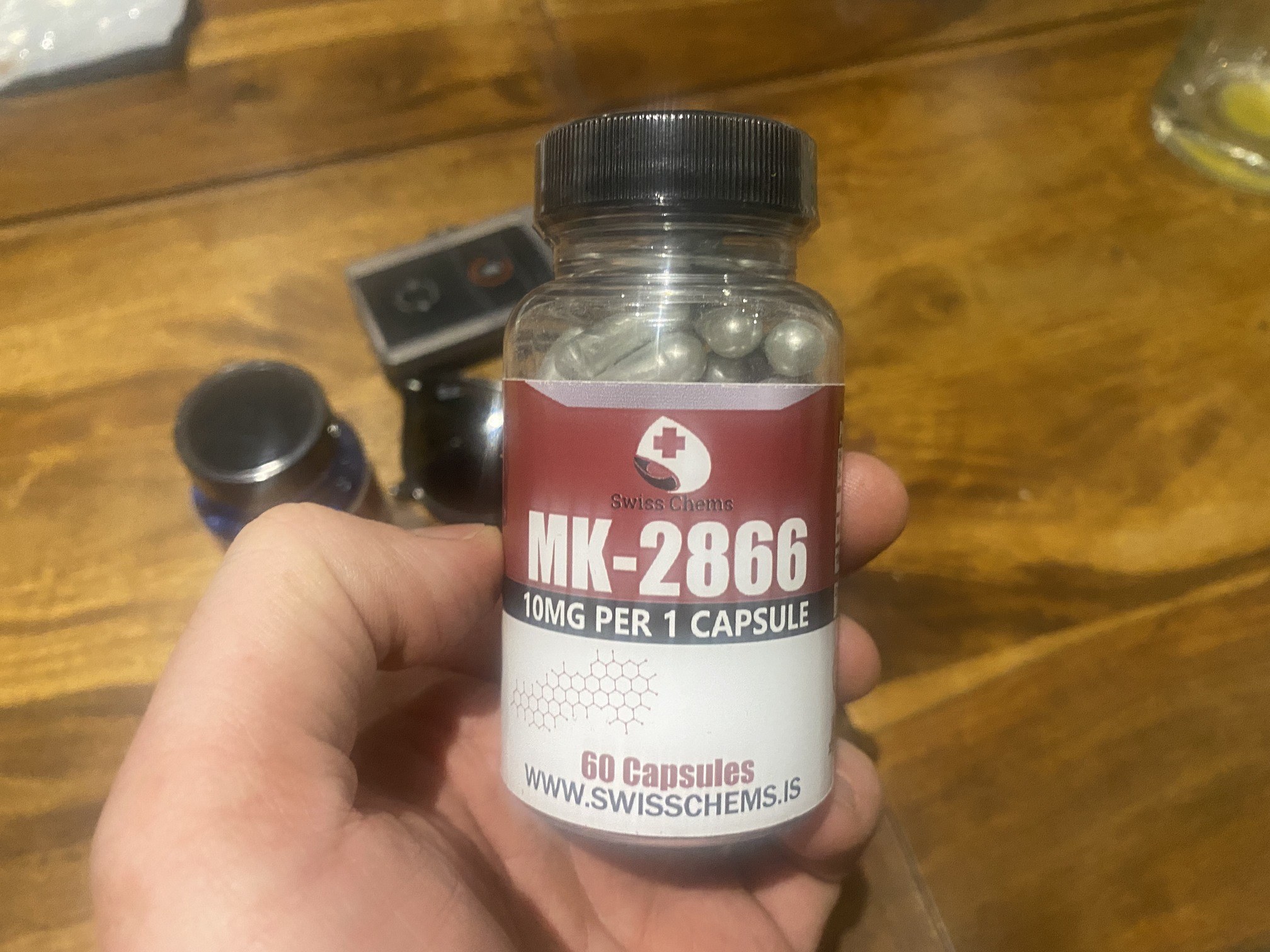 Where To Buy The Best PCT Supplements

Let’s finish up this guide by telling you where you can buy the best post-cycle therapy for SARMs in convenient formats.

Rebirth PCT is available from Huge Supplements. The minor bounce back it produces is perfect for low-dose SARMs, and I use it after a cutting cycle when I’m only using one androgenic SARM (usually Ostarine but occasionally Andarine) to elevate my T levels in a couple of weeks.

It’s affordable as well. A full month supply of 180 capsules (dosed at six capsules per day) is just $69.95. So if you don’t need a full SERM, and you only want something natural in your body for a couple of months, then grab yourself a couple of bottles.

In terms of PCT capsules, then I’ll close this post cycle therapy guide by telling you that Swiss Chems do generic Nolvadex, Clomid, and raloxifene in convenient capsule format for just $69.99 each.