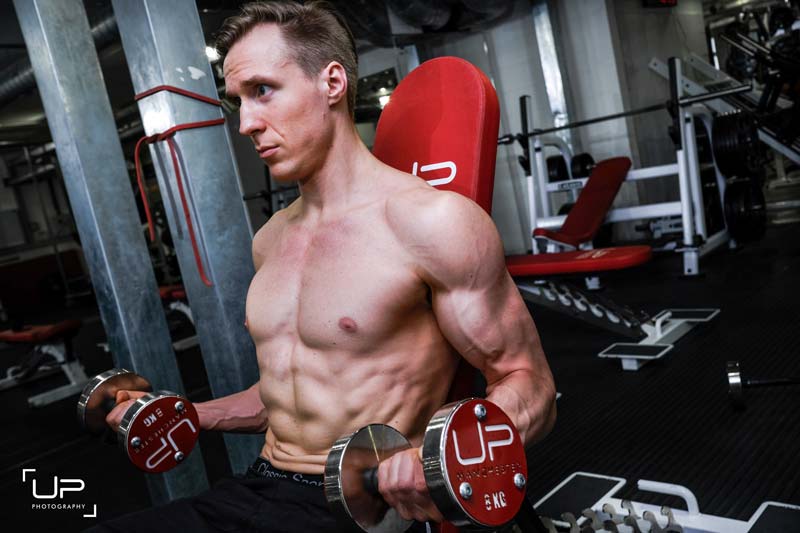 SR-9009 is not one of the most well-known, or well-used SARMs out there. Although very similar to Cardarine in terms of its effects, most people don’t realize that they have two options for boosting energy performance levels that are slightly different.

What I’m going to do here is a full review/guide of SR-9009. Not only is it going to cover everything you need to know in just five minutes, but I’m going to do it within the context of comparing it to Cardarine, and a similar variant known as SR-9011.

You’ll learn everything you need to know. Half-life & dosing, cycling and stacking, results & benefits, and any side effects to be aware of.

As well as learning exactly how it works and what the benefits of using it are within a bodybuilding SARMs context, I’ll also conclude by telling you where you can actually still find SR-9009/SR-9011 for sale.

SR-9009 is also known as Stenabolic. It’s a research chemical that was developed by a company called TSRI. Generally, it’s referred to as a hormone & metabolic modulator.

Its development purpose was to promote increased physical energy levels within situations where they are lacking, including in many serious illnesses.

However, it’s important to tell you that it’s never been through human trials. It’s been through preclinical trials though and has been shown to work. But all human evidence is anecdotal through grey market purchasing and usage, mostly for bodybuilders.

It works as a REV-ERBa/b agonist, by attaching to these proteins in the body and modulating their activity. In doing so, it interacts with myogenesis, leading to the potential to push the body longer without exhaustion.

In addition, REV-ERBa/b plays a role in metabolism, including glucose metabolism and lipogenesis. The net result of this is increased levels of energy through better glucose and fatty acid oxidation, and storing of less fat.

Studies in rats have also shown it can increase basal metabolic rate, which means the body burns fat at a higher rate than it can achieve naturally.

On top of all that, it can alter the circadian rhythm (body clock). This can induce better sleep patterns, promoting higher levels of alertness when awake.

Put that all together into a bodybuilding context, and this is what it can do for you:

So as you can see, SR-9009 isn’t a SARM (Selective Androgen Receptor Modulator) at all. It doesn’t work by mimicking testosterone and working as an agonist of the androgen receptors in the body.

Therefore, it is not an anabolic agent; which means it won’t deplete your testosterone levels, and can be stacked with androgenic SARMs to produce higher levels of energy output.

SR9009 has a new variant called SR9011. Because of the similarity in the numbering, it looks like a progression of the original chemical construction. That’s in actual fact what it is. So they are structurally very similar.

The difference between the two chemicals is the balance between REV-ERBa and REV-ERBab, known as its half maximum inhibitory concentration.

The balance between the two is slightly different, but overall the effects are broadly the same.

So, although you may feel a small difference in the balance of the results from taking these, they are going to produce pretty much the same output results

Cardarine is seen as the energy booster that is used with SARMs. On its own, it’s used by athletes and is referred to “energy in a bottle” by people using it to get a sporting edge (even though it’s banned by all major sporting bodies).

It can be used on its own with SARMs or stacked in the same way that SR-9009 can be used.

Also known as Endurobol, Cardarine produces its effects in the body by working as a PPAR-Delta modulator (selective agonist).

It upregulates the availability of proteins involved in how our bodies regulate energy expenditure.

Cardarine does the following:

So although slightly different in some ways, it does mainly upregulate your fatty acid usage within an increased metabolic rate. This means, that both chemicals dramatically increase your energy levels, stop muscle exhaustion, as well as reduce the storage of body fat.

SR9009 is actually broader in terms of its potential benefits than Cardarine. On top of the energy management and high levels of output, it also does a couple of things Cardarine doesn’t.

It regulates your circadian rhythm, leading to better sleep and overnight recovery. It also deals with myogenesis, rather than just nitric acid levels, which means an overall lowering of exhaustion after exertion, rather than just in muscle tissue, as well as laying the foundation for muscle growth.

Let’s tie together everything we have discussed so far, to give you a snapshot of the key SR-9009 results & benefits you can get from using it as a bodybuilding supplement:

Overall, to promote a dramatic increase in energy levels and reduced fat levels, it’s dynamite. Teaming it up with anabolic SARMs to channel all that into faster and larger muscle development is gold dust.

How To Use SR9009 Stenabolic

I’ll talk you through the specifics of dosing and stacking SR-9009 in a moment. However, let’s just talk about cycle length and how to use this research chemical correctly.

Because it’s not androgenic, you could technically use it as an ongoing supplement. However, I wouldn’t advise that.

We don’t know about the problems with long-term use, especially not continuously. Therefore, any substance you put in your body to increase physical or mental performance, or deal with any problem, should be cycled so that you can see if problems are occurring between those cycles (especially as it changes the circadian rhythm).

Because it’s not androgenic you are not going to get the testosterone drop, which means you can either stack it with SARMs for the same cycle length, or use it on its own slightly longer.

Personally, I know a lot of guys who run it as part of the stack but then keep using it for a couple of weeks after as well.

By doing that, you will get the benefits of increased output with the main cycle where you build muscle or cut fat, but then you still keep some increased energy and fat burning going for a couple of weeks when normally your testosterone levels would dip and you might feel lethargic.

However, if you’re conservative, keep it to the same length as the SARMs, and I wouldn’t recommend you use it for more than 12 weeks continuously without a significant break straight after.

SR9009 half-life is actually unknown. There have been very few preclinical trials using rats, which is impossible to translate into half-life in humans.

In terms of dosing SR9009, again, there’s no actual scientific data to tell us. But we do have many years of anecdotal evidence from bodybuilding use, that has been fed back online to create some “standard dosing ranges”.

Typically, people start with a daily dose of 10 mg. Because it produces significant energy output, you’ll want to use it before your workout, usually two or three hours before so that it is peaking.

Although I’ve seen people talk about doses of around 50 mg, I think that’s ridiculous. 20 mg is the ceiling I’ve used, and even then, only for a couple of weeks.

I would advise 10 mg for your first cycle, and then push it up to 15 mg, and then 20 mg, and see that as a reasonable ceiling. You just don’t get the increase in output levels above that in my experience.

SR9009, just like Cardarine, is an excellent booster of energy levels, improving recovery times, and enhancing the burning of body fat with less storage.

So it can be used for both cutting and bulking. Even on its own, you will burn more fat, or increase levels of muscle tissue because increased energy and lowered exhaustion allow you to work out harder and longer. Myogenesis will also play a part in improving muscle tissue.

Also, because it’s not androgenic, you can pair it with androgenic SARMs and not increase the side effect load, namely dipping natural testosterone production.

Again, because it’s not androgenic, you can also run it post cycle. That will allow you to recover your testosterone levels without dipping your performance levels as they would usually dip from having lower levels of testosterone available. Overall, just like Cardarine, it can be paired with things like Ostarine and Andarine for cutting and sculpting, or with RAD-140, Ligandrol, or S-23 for bulking.

You could even pair it (or Cardarine) with MK-677 or YK-11 (neither of which are actually SARMs either) to create a completely non-androgenic bulking SARMs stack.

Just to give you an idea, this is the bulking & strength SARMs stack I’ve used several times.

It’s not potent enough to really drop your testosterone levels and build incredible muscle. But what it will do is build muscle and define it, while building your strength and endurance significantly. It’s the perfect groundwork for then moving into a bigger bulking cycle or a cutting cycle.

I hope this SR9009 review/guide has been helpful to you. As you can see, if you are trying to make a decision between SR9009 Vs Cardarine, then there is not actually a lot to choose between them.

However, you do get that circadian rhythm benefit with SR-9009, even if you don’t get quite as much direct energy output during your workout in the way that Cardarine delivers.

One of the toughest things about using SARMs right now is buying them. Supplies have almost dried up due to the pandemic, the Ukraine/Russia situation, and the ban on SARMs production and sale in China (where 90% of the SARMs in the world were made before the ban).

Lots of reputable sellers in the USA have folded in the past 12 months, including three that I personally used to great benefit.

Right now, that’s just leaving one that I use myself and can recommend. They sell fantastic quality pure SARMs though.

Chemyo is the company I recommend you check out. Right now, they are only selling SR9009 in powder form.